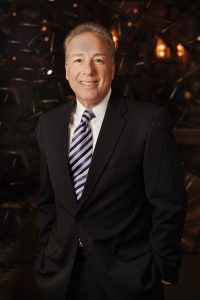 UNCASVILLE, CT (September 10, 2019) – Senior Vice President of Sports & Entertainment for Mohegan Gaming & Entertainment (MGE), Tom Cantone, has been recognized in VenuesNow’s 2019 inaugural All-Stars list. This honor recognizes the 50 top executives who have made their mark in key areas of the entertainment industry and will continue to shape it in the coming years. It also celebrates venues and projects that have caught the industry’s attention in the last year, all as determined by VenuesNow’s editorial team. The criteria used by VenuesNow involves innovation, financial and critical success, leadership in the industry and a demonstrated commitment to excellence.

The 50 inaugural All-Stars are introduced in the magazine’s September issue and recognized at an exclusive reception that took place last evening in New York City. This event led into the third annual VenuesNow Conference, which will feature the important and relevant thought leaders, influencers and visionaries who help create positive disruption in the industry.

Cantone oversees the entertainment programming and strategies at all MGE domestic and international properties including Mohegan Sun in Uncasville, Connecticut, Mohegan Sun Pocono in Wilkes-Barre, Pennsylvania, Resorts Casino Hotel in Atlantic City, New Jersey, ilani in Ridgefield, Washington, Paragon Casino Resort in Marksville, Louisiana and recently, Fallsview Casino Resort & Casino Niagra in Niagra Falls, Ontario, Canada. Cantone has led the entertainment team at Mohegan Sun’s flagship property in Connecticut since 2007 and has been integral in MGE’s rise as one of the largest producers of live entertainment. Mohegan Sun Arena alone is an internationally recognized venue, with 16 national awards in total including the 2019 ACM Award for “Arena of the Year.”

Prior to Mohegan Sun, Cantone held senior management marketing positions at Foxwoods Resort and Casino, Sands Hotel & Casino, Hershey Entertainment & Resort Co. and many more. He has more than three decades of experience in the casino entertainment industry, making a strong impact at every turn. Some of Cantone’s major Mohegan Sun Arena bookings include multiple show visits by Billy Joel, Bruce Springsteen and the late Prince.

“It’s truly an honor to be named among so many impressive people and venues in VenuesNow 2019 inaugural All-Stars List,” said Cantone. “I’ve had the privilege of working with so many great people and artists, many of whom I consider lifelong friends. It’s these relationships, as well as creating fun experiences and memories for our guests, which are the most satisfying of our entertainment program. As I often like to say, ‘we don’t sell tickets, we make memories!”

Since its opening in 2001, the 10,000-seat Mohegan Sun Arena has hosted major national recording artists including Bon Jovi, Britney Spears, Bruno Mars, Carrie Underwood, The Eagles, Justin Timberlake, Katy Perry, Kenny Chesney, Kid Rock, Lady Gaga, Shawn Mendes, Bruce Springsteen, Sting, Van Halen and U2, just to name a few. In 2003, Mohegan Sun became the first non-NBA owner of a WNBA team with the acquisition of the Connecticut Sun. Also, Mohegan Sun is home to the professional lacrosse franchise, the New England Black Wolves, acquired in 2014. Mohegan Sun Arena has cross sponsorships in place with the Naismith Basketball Hall of Fame, Webster Bank Arena in Bridgeport, CT and more. In 2019, the Academy of Country Music awarded the Arena “Casino of the Year – Large Capacity,” “#1 venue for its size in the world and United States” by VenuesNow Magazine and Pollstar Magazine’s “#17 venue for all sizes in the world.”
To view VenuesNow’s 50 honorees visit VenuesNow.com.