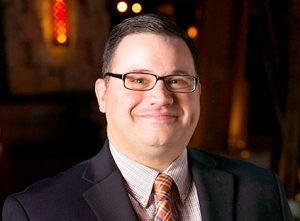 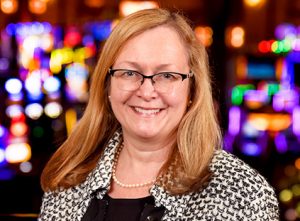 “It will take a strong and effective leadership team to steer our organization through this next chapter of growth and innovation. Accordingly, I am very pleased to have Dave and Judy join our team to further support our efforts throughout the U.S. and abroad,” said Mario Kontomerkos, Chief Executive Officer (CEO) and President of Mohegan Gaming & Entertainment. “Dave and Judy’s considerable experience will be instrumental in promoting MGE as a worldwide industry leader in integrated resort entertainment and in retaining the best talent for our MGE family.”

After more than 20 years of service to MGE’s flagship property, Mohegan Sun Connecticut, and serving as the property’s Chief Marketing Officer, David Martinelli has been promoted to Chief Marketing Officer for the MGE brand. Dave began his career with Mohegan in 1999 and was quickly promoted to Financial Planning & Analysis Manager. He worked closely with the WNBA Connecticut Sun team and Mohegan Sun Arena as Business Manager before being named Vice President of Customer Relationship Management and eventually Chief Marketing Officer. Dave graduated from Brown University with a degree in Economics. He is married to Kerry Martinelli. They have two sons, David and Danny and reside in North Kingstown, RI.

Dave will oversee a diverse marketing team poised to introduce the Mohegan marketing and entertainment brand to iconic new markets such as Las Vegas and Incheon South Korea and strengthen MGE’s brand awareness in existing locations.

Judy Newman-Locke, recently appointed Vice President, Human Resources Management for MGE, has joined the world-class entertainment brand after several years of experience in global and domestic human resources management.  As the former Senior Director of Global Human Resources at The Leading Hotels of the World, Ltd. (LHW) and Principle and Owner of Grey Heron Partners, Judy is poised to meet the challenges of international management seamlessly to help position MGE as an inclusive, industry-leading organization both in the U.S. and abroad.

In her new role, Judy will provide strategic leadership in the development and implementation of global integrated people practices, systems, and programs such as compensation, benefits, performance management, HRIS, and leader/employee talent analytics. She will be working closely with department heads throughout the enterprise to create a strong foundation that supports organizational alignment, productivity, effectiveness and efficiency.